All credits to Juice Online:

As Malaysians, we’re famous for letting raw talent go unnoticed. 9 out of 10 times, we are unaware of our own local talent until that person has made it on the billboards of some foreign land.

It’s even more competitive when it comes to something as subjective as visual art, where everyone’s a critic. Many Malaysian artists who work relentlessly are practically unknown, which is a shame considering how awesome their art is.

Here at JUICE, we believe that good art should be valued and shared, so we’ve compiled a list of young, underrated Malaysian artists that you should know about.

Adam who has been making art ever since he was a child, explains that the shape and form of art he creates changes in tandem with his personal growth. His current style in painting is abstract, psychedelic and polychromatic.

“My artworks are distortions of reality and are an expression of the ways reality is warped due to altered states of consciousness be it due to mental health struggles, mind-altering substances or spiritual experiences,” he said when interviewed by JUICE.

When it comes to inspiration, Adam looks up to Hilma af Klint, Marina Abromavic, Yayoi Kusama, Jenny Holzer, Mark Rothko, Barbra Kruger and Moonassi, but does not forget his local creatives friends like Nadhir Nor, Haris Rashid, Sharina Shahrin, Sofia Haron and Aiman Allicia who do not just inspired him creatively but also personally to become a better person.

At the moment, Adam is working on a website with his creative friends called “artpasar” for local emerging artists to sell their artwork. Aside from that, he encourages the public to buy artworks and hire lesser-known but good artists for creative projects to support them and value their work. 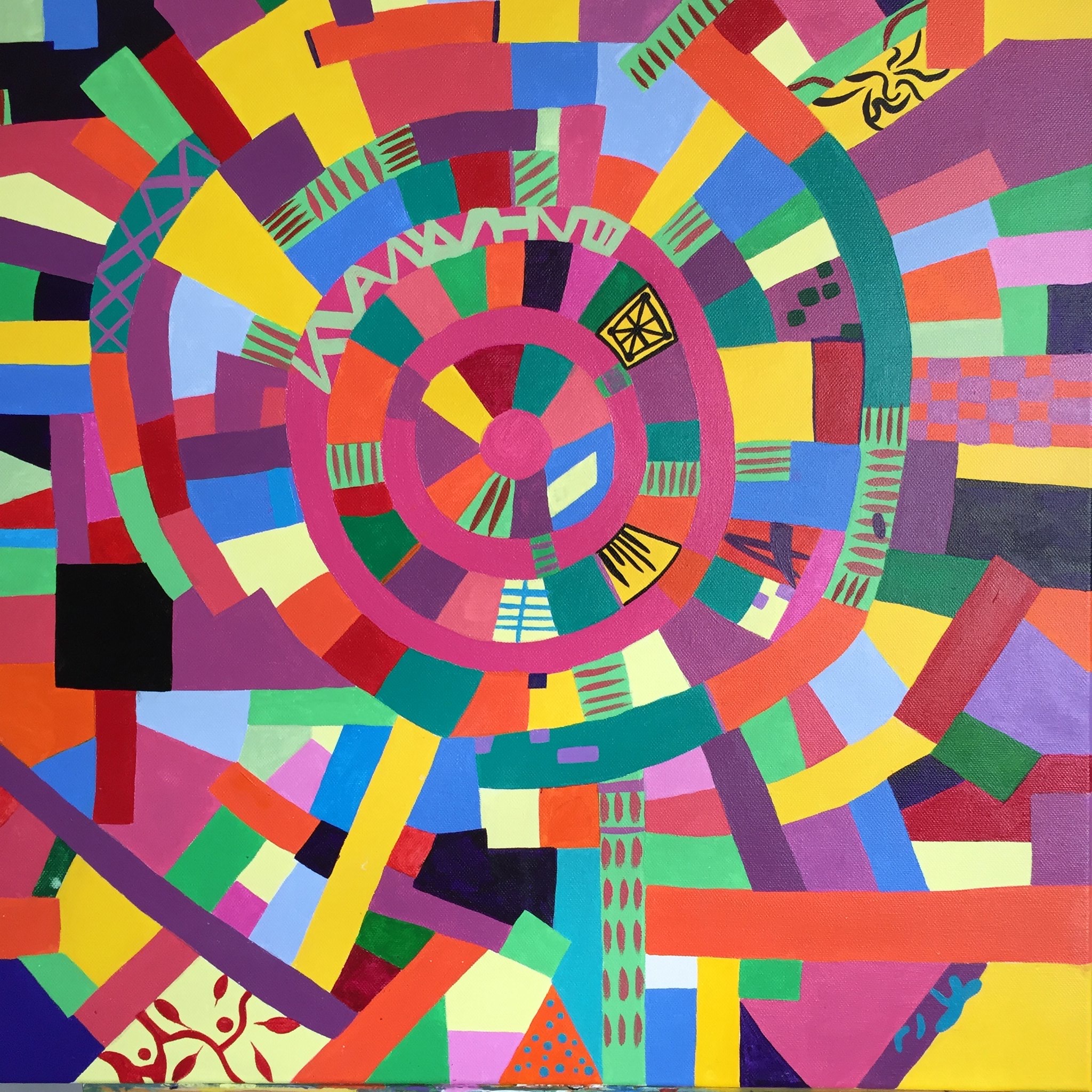 (“The Ship of Theseus” – An acrylic painting on canvas about The Ship Of Theseus thought experiment in metaphysics from the ancient Greek era that raises the question of whether an object that has had all of its components replaced remains fundamentally the same object. Source: @univorso at Twitter) 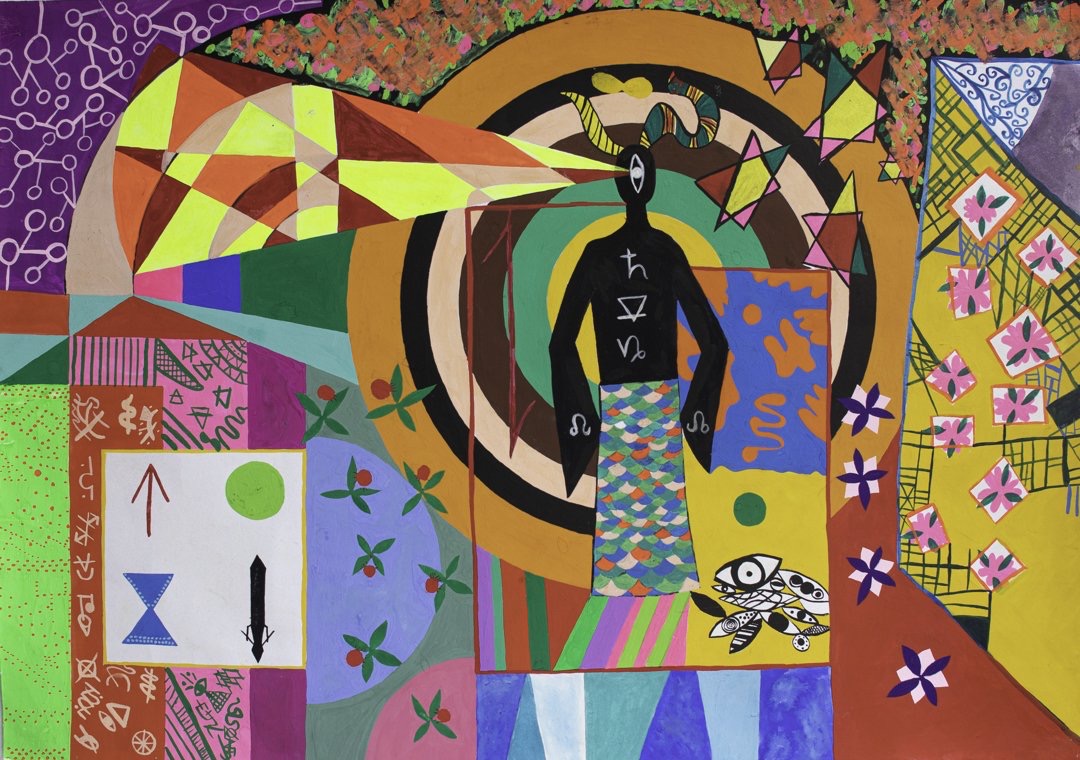 Commonly known as Cregg on social media, Craig Chadwick is a 21-year-old graphic design student at IACT College. After being confused on what direction to take in life, the freelance illustrator and painter who always had a knack for creating finally found his true calling in art early last year.

He describes his art style as “ethereal bodily surrealism” and mainly draws the human form, cosmic scenes and psychedelic palettes.

“I think it stems from my childlike wonder and attitude towards things and how things work. However, my style is constantly changing because I want to learn as many technical skills and mediums as I can,” he told JUICE.

Animation is what inspired him to do art in the first place and he looks up to – Kim Jung Gian, an illustrator legend with the skills of an actual master as what he describes, and Dave Gibbons, the artist from the Watchmen comic series and creator of Doctor Manhattan, alongside Ed Hardy, an innovator of the modern-day tattoo culture. 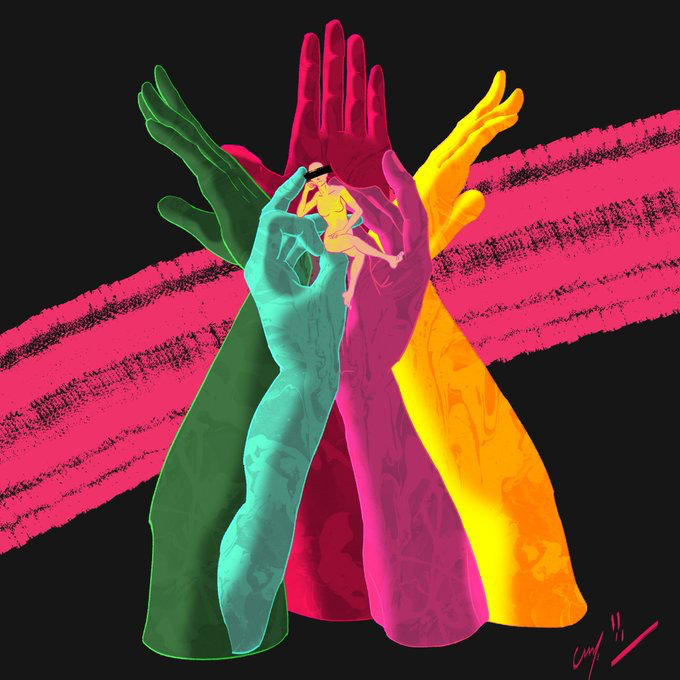 (“Bro why my chair feels like hand one ah” – A piece that shows how we can have absolutely amazing and varying support systems that lift us up through everything and also I thought it would look cool. Source: @crackcreg at Twitter) 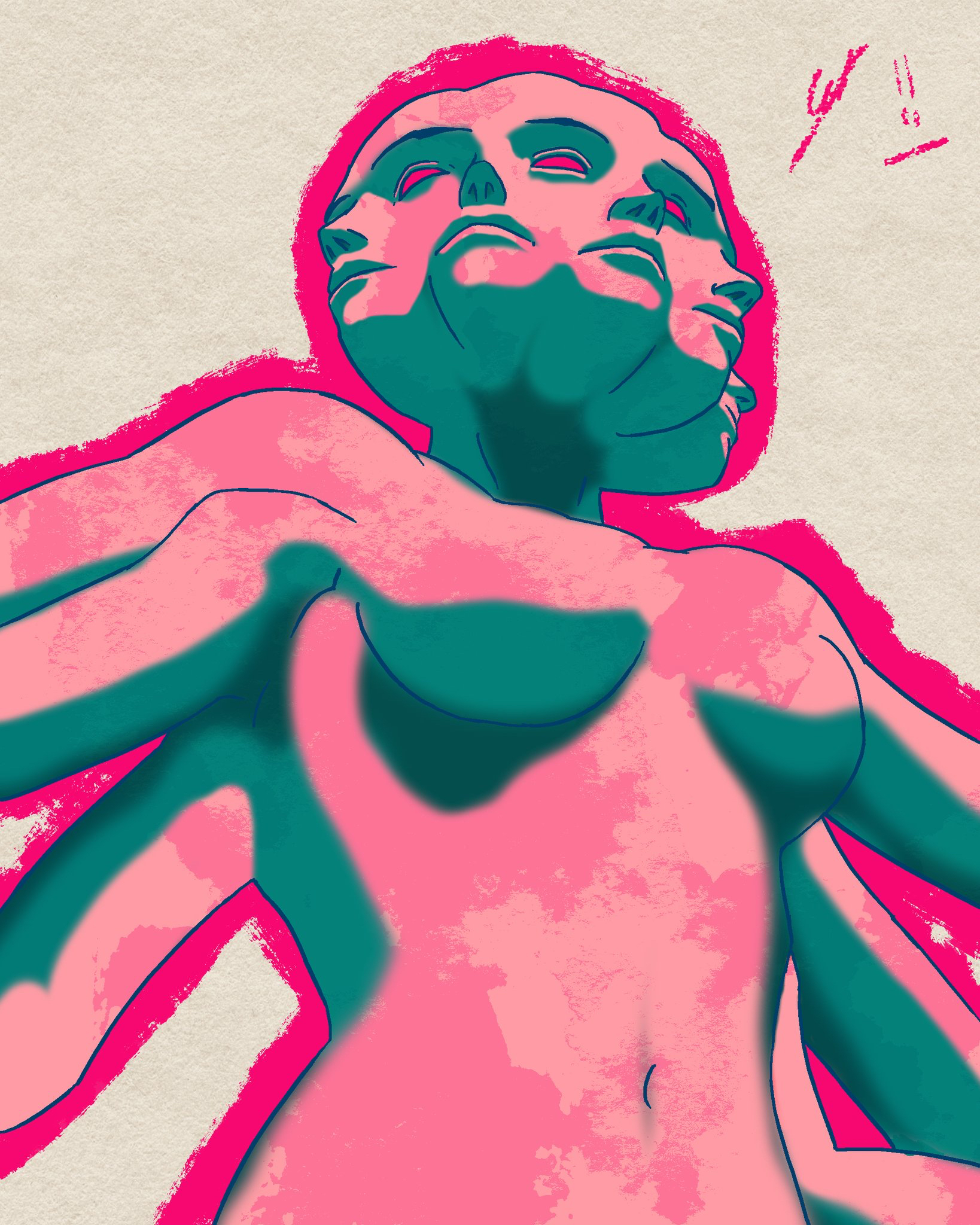 (“Judgement” – A piece about a woman that Creg had seen in his dream once and made him reflect on how we often go around presenting different faces to different people and forget that to every individual that knows us or has seen us, there is a different version of us that resides in their thoughts. Source: @crackcreg at Twitter) 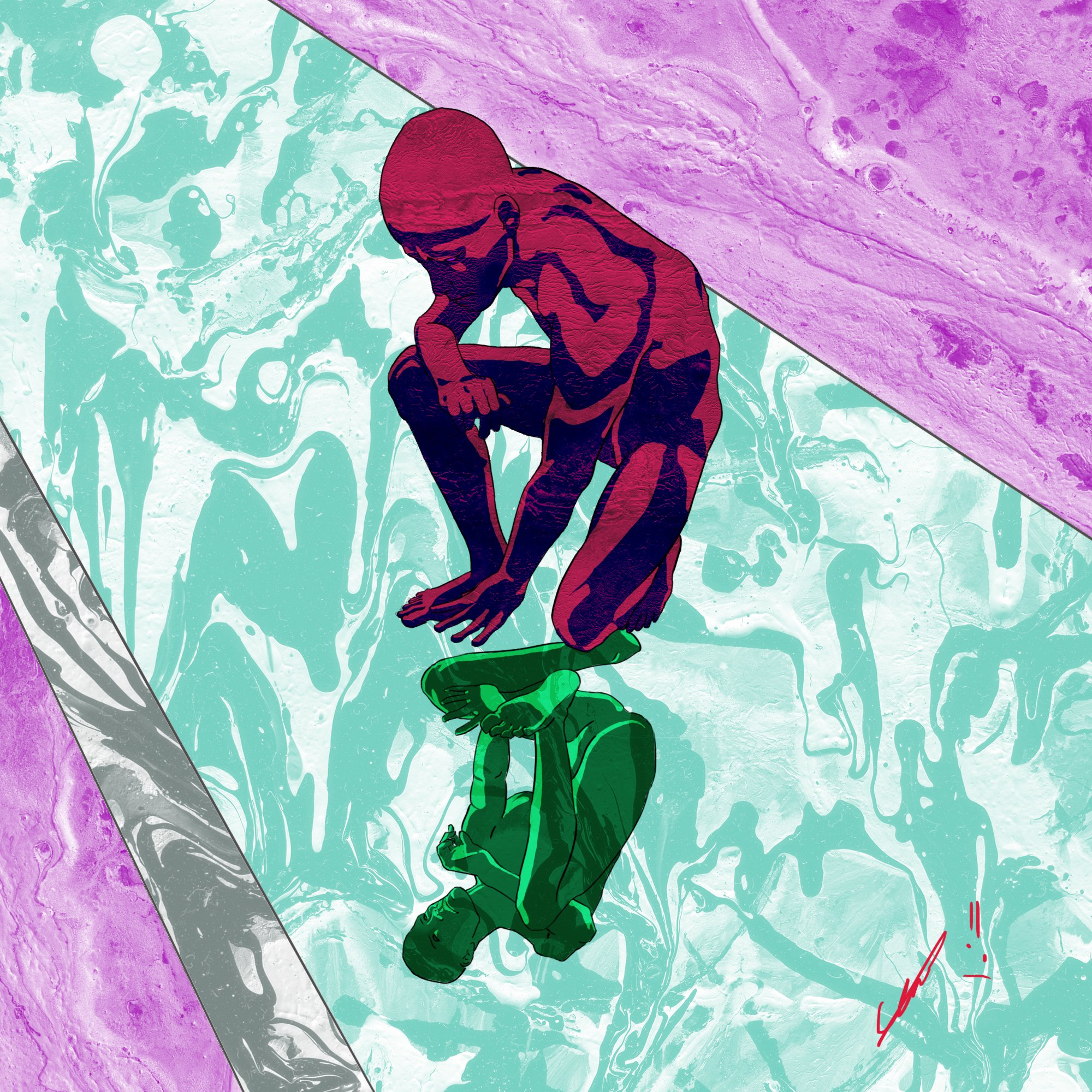 (“Mirrored” – A piece about Cregg ‘s previous self while moving on to become the person he is now. Source: @crackcreg at Twitter)

If you’re a big fan of local girl bands Senja and Time Machine, then you might have seen the amazing artworks of Hasanah around, especially on Twitter when she does fan-art for the bands.

Being a Business student and growing up in a house full of architects, 21-year-old Hasanah (or Sanah for short) explains that she has been drawing since she was 8 and has always been inspired by both her architect parents.

When interviewed by JUICE, she said, “They had exceptional drawing skills, which really sparked the interest of drawing for everyone in my family. All of my siblings can draw really well, and all of us have our own unique art style.”

Hasanah has always been an avid fan of comics, anime and manga like Fullmetal Alchemist and Bleach. She eventually incorporated it into her own personal artworks and has since described her style as comic-related and detail-oriented.

To Hasanah, art is important and she feels that more effort should be done by our country to boost the art community – like giving them a platform to showcase their work or having art exhibitions as there are a lot of talented, young artists that deserved to be recognised. (A basic comic panel that Hasanah had drawn. Source: sini_sanah at Twitter) 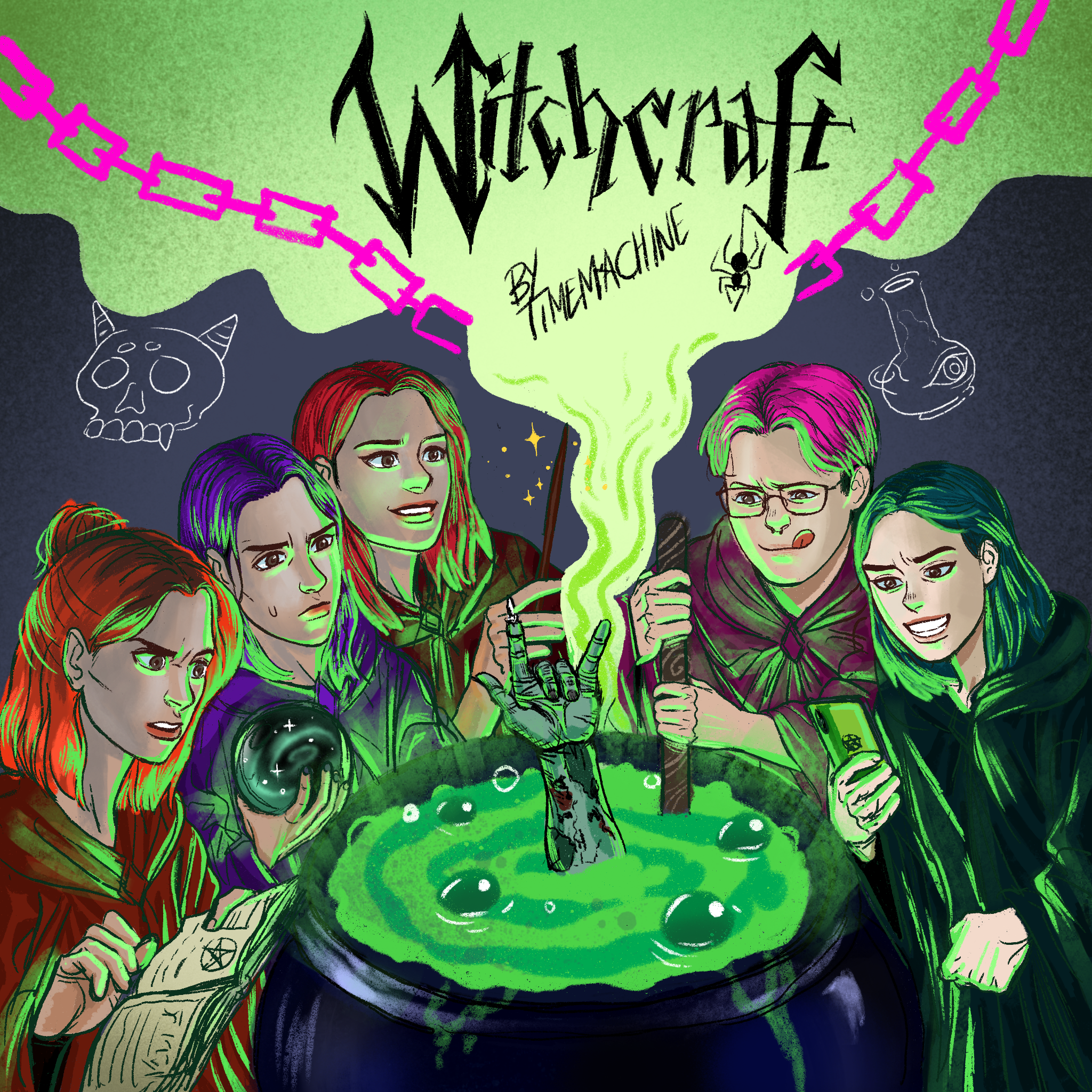 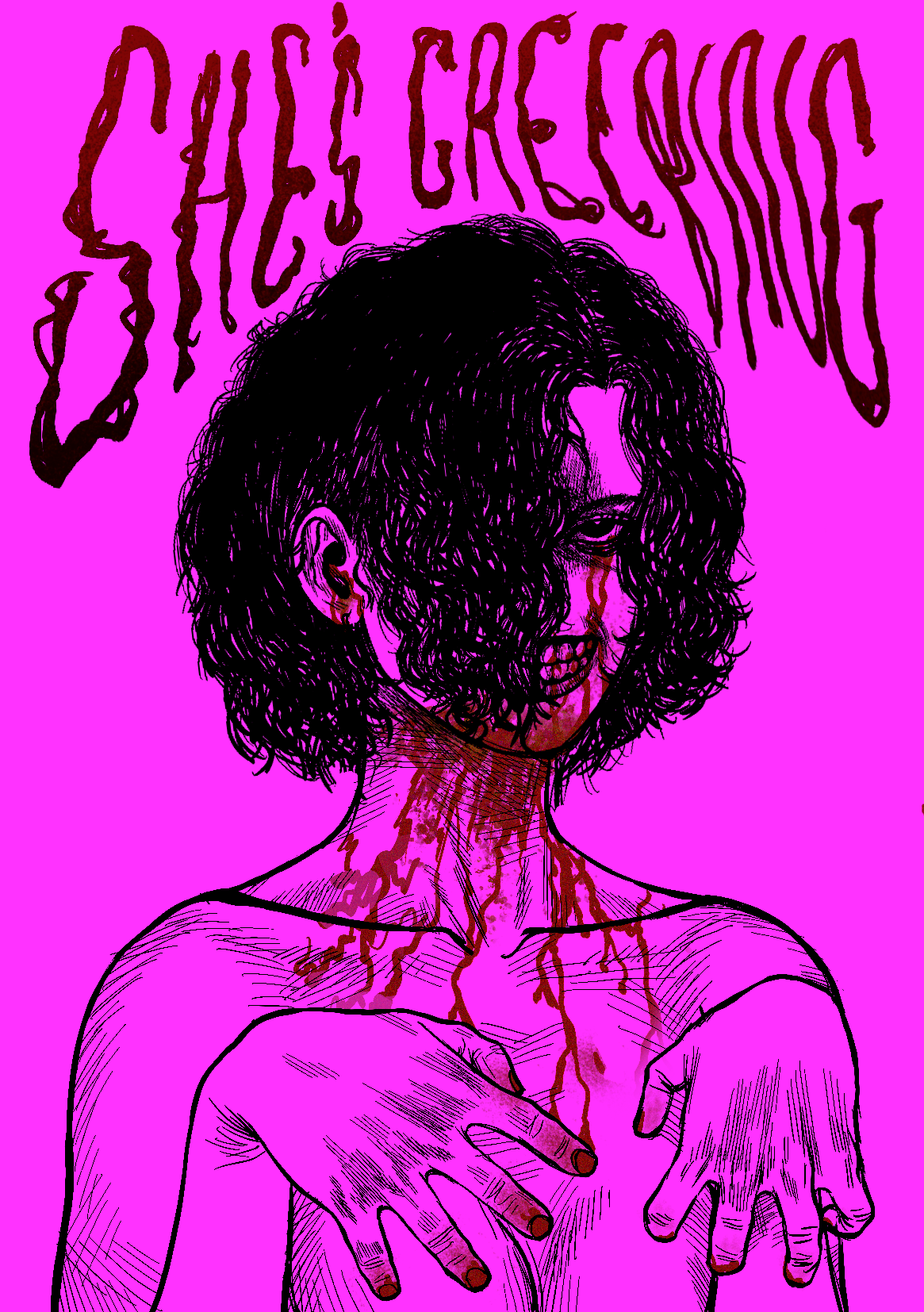 (An artwork based on the song ‘She’s Creeping’ by Royal Blood. Source: @sini_sanah at Twitter)

22-year-old Ilham is known for her colourful sense of style which she does not just portray in her outfits, but in her artworks too. Ilham, who is currently freelancing as an illustrator & designer whilst doing her degree in Media Arts, has been fond of drawing as a child. She describes her art style as very narrative-driven, contrasting extremities whilst combining the sequential language of storytelling with visual poetry.

Ilham enjoys listening and telling stories through art, and looks up to Max Ernst, Maria Medem, Maren Karlson and George Wylesol for inspiration. As for local inspiration, Ilham mentions that the Instagram accounts that really speak to her and should be more noticed are anwarazriq, univorso , kacangkecik and lukisan_kabut. 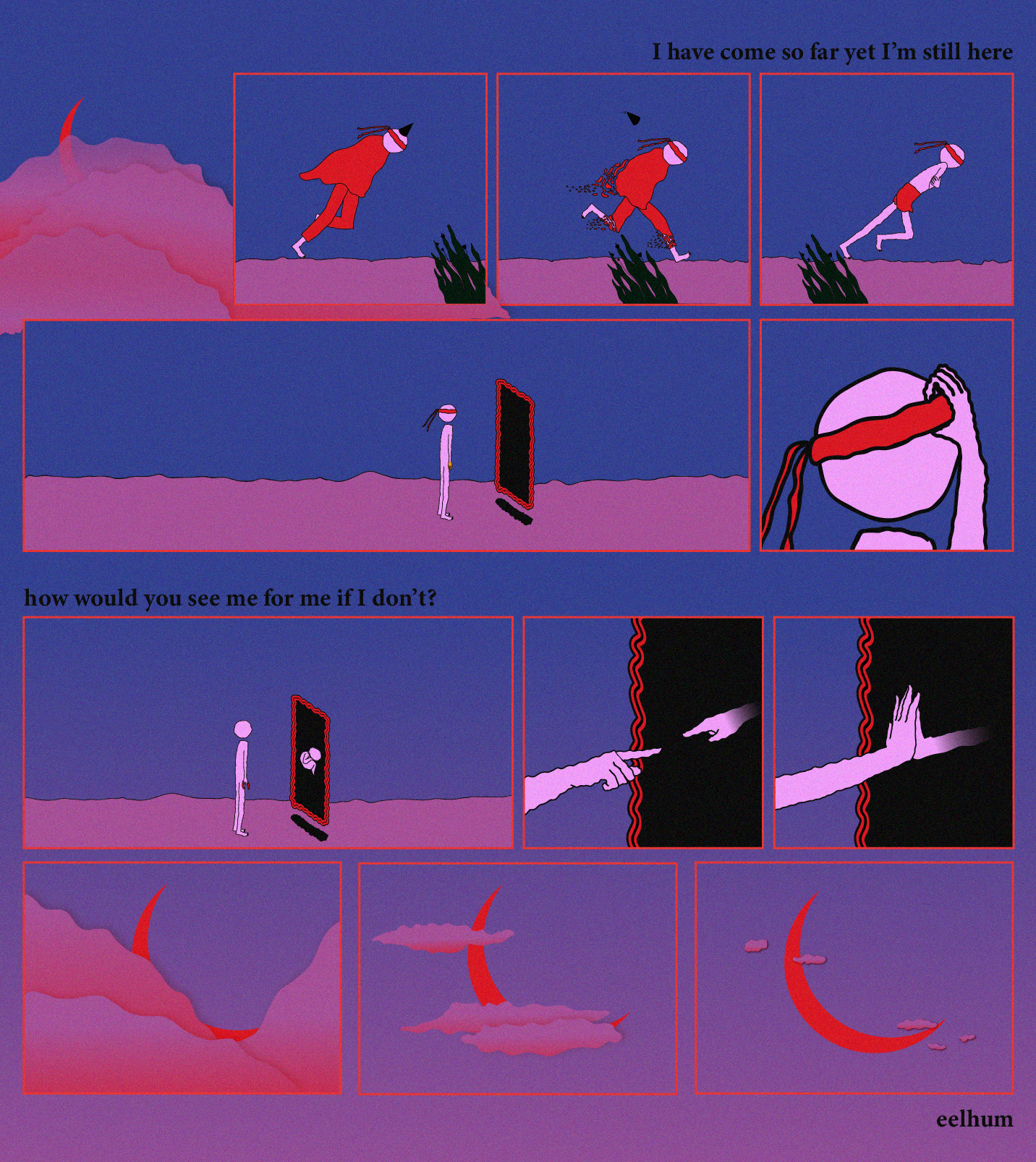 Known for his acid-filtered designs on Instagram, 24-year-old graphic design student, Hariz Iskandar (better known as Kalvin Hariz on social media) has been practising art for more than a decade. He is mostly inspired by Japanese culture and other new forms of creative patterns. His art style is said to be on the digital spectrum and more towards self-evolution.

“I’m constantly looking into different angles in executing my work in my own perception of design in general. Consistency is key but evolving as an artist is another form factor I look up into as a creative individual,” he told JUICE. 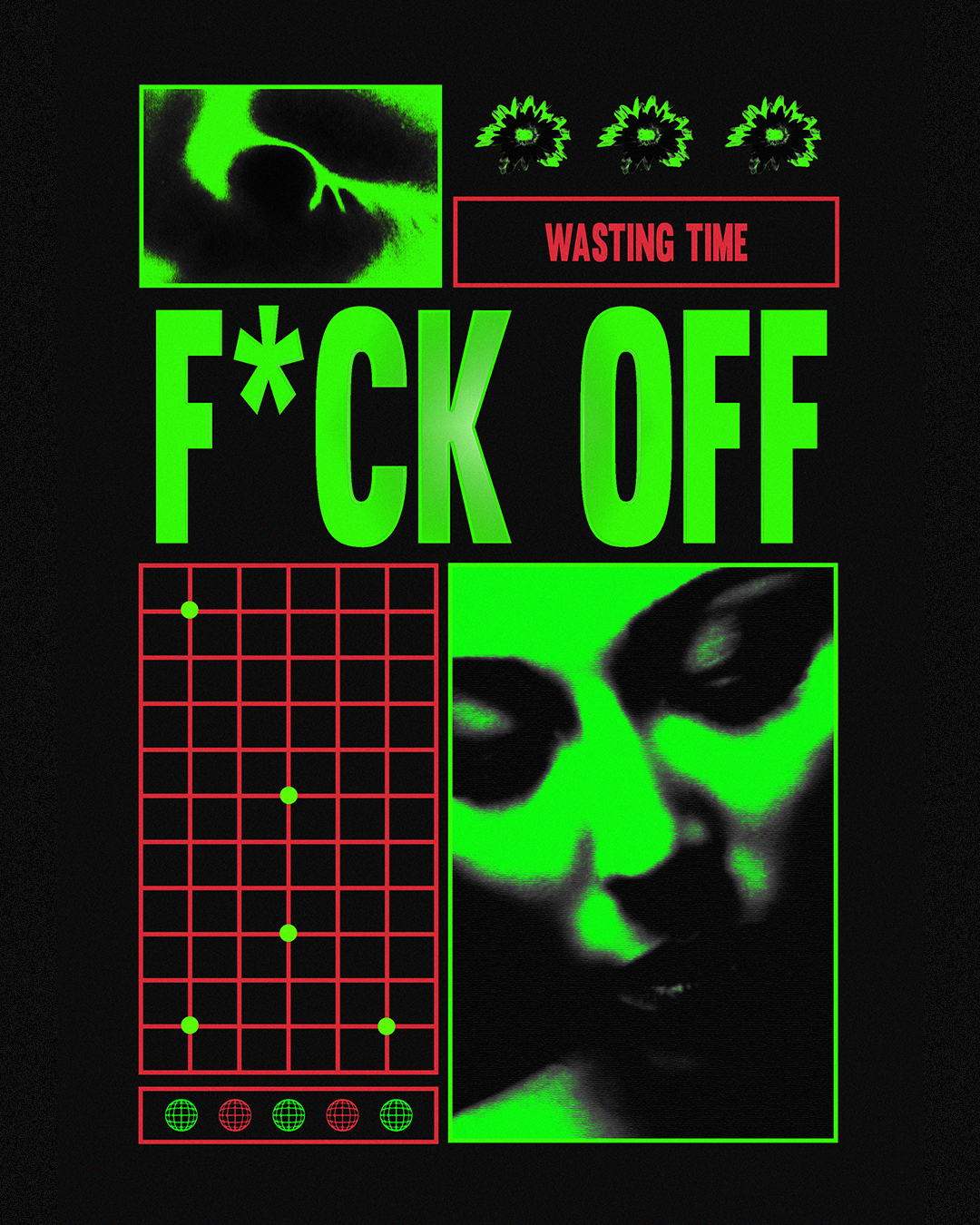 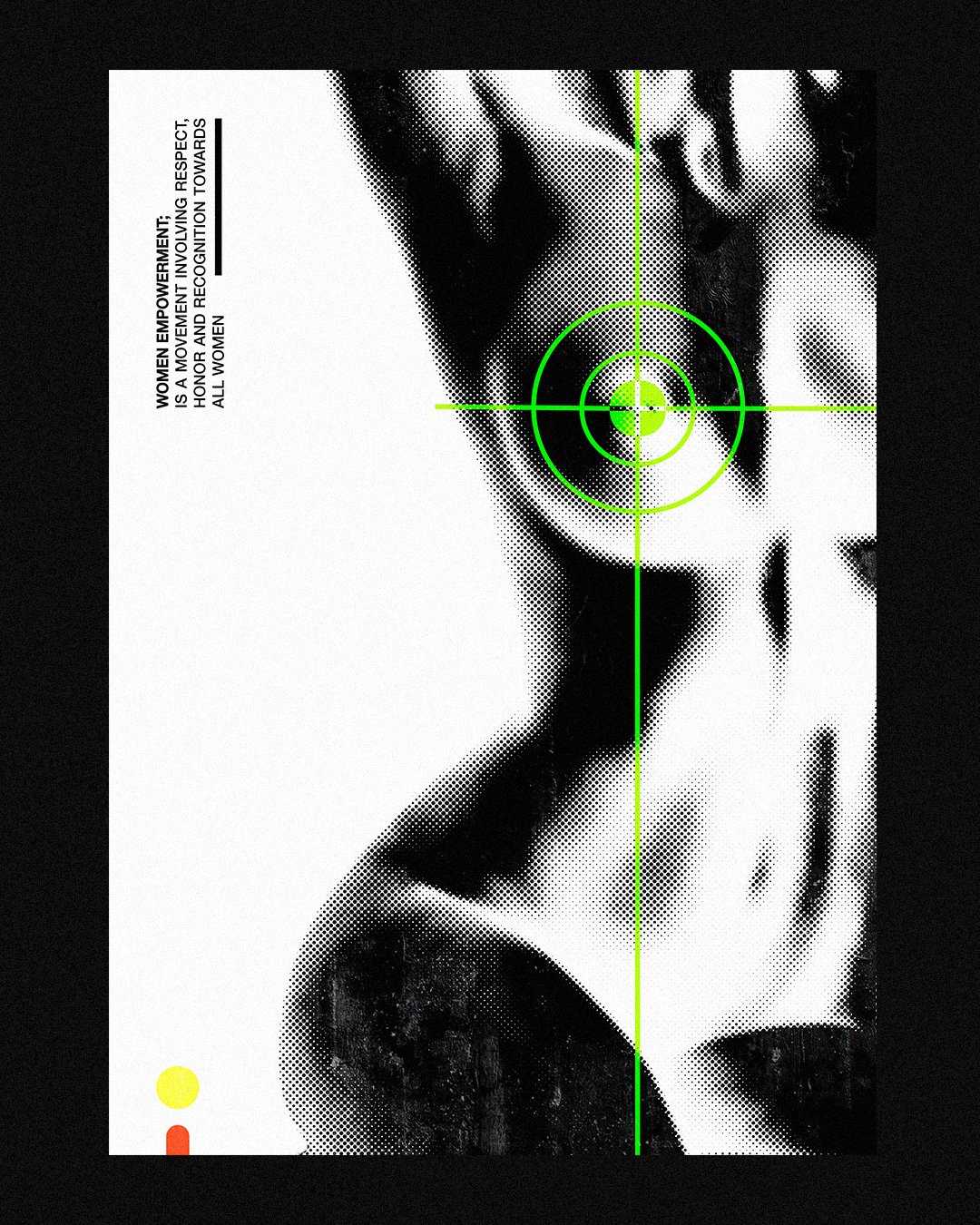 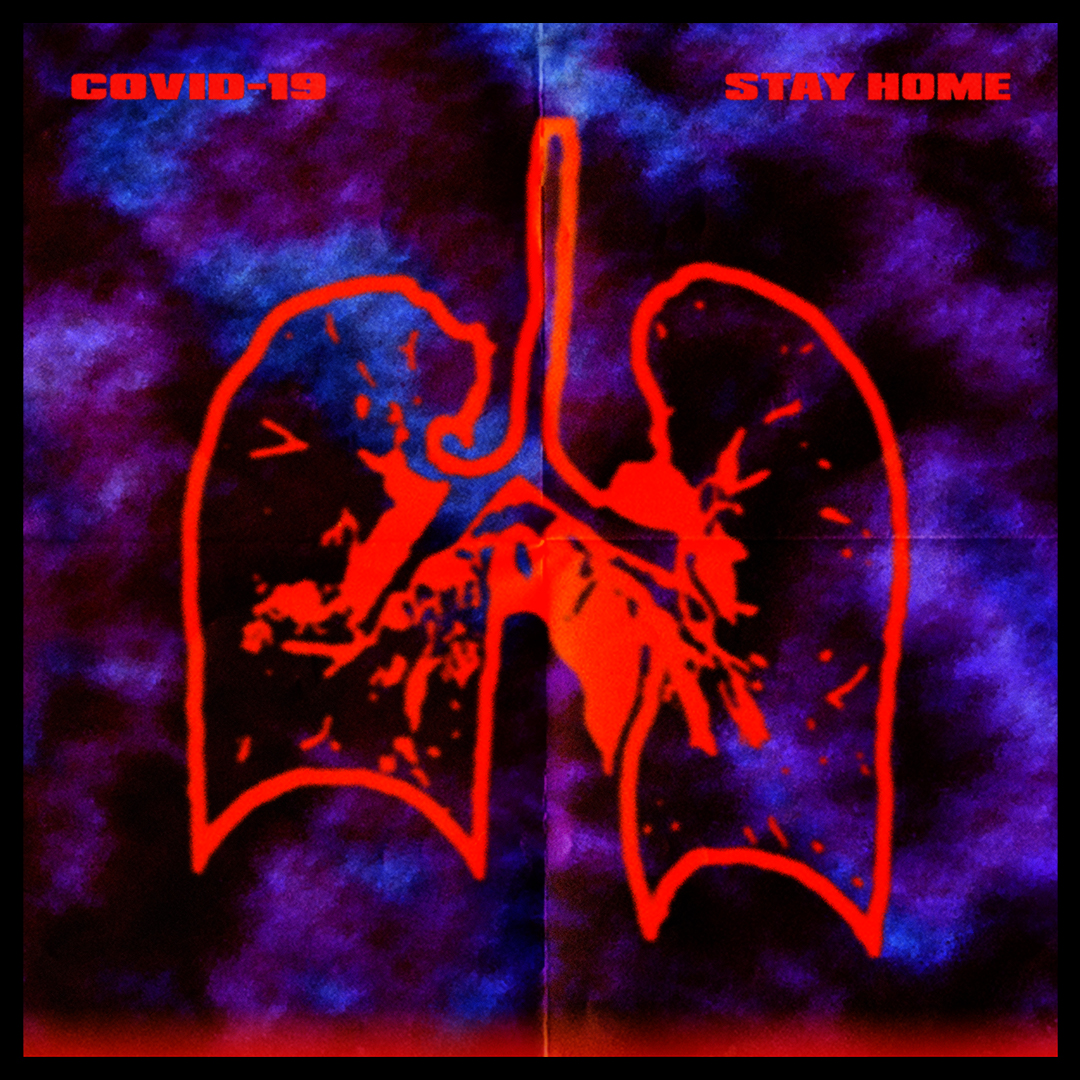 Making art as a way to express himself and as part of meditation is 30-year-old full-time illustrator, Rizal Aziz. The Malaysian designer explains that he has been dabbling in art ever since he was a child and had even furthered his studies in it at university.

Although he was in a rough spot in 2013, making him give on art for the time, he still managed to pick himself up by trying out a new hobby which was reading, only to realise that art is also a “cure” to help him push forward.

When it comes to Rizal’s art style, he describes it to be a combination of western and eastern influences. He loves his art to look whimsical while adding elements of traditional art in it like Batik motifs.

When it comes to inspiration, Rizal explains that it comes in many forms. However, when growing up, he had always looked up to local comic artists like Kaoru and Ben and later to Fran Meneses, Minnie Small, Karl James Mountford, Francesca Sanna, and local artists like EurekaArtStudio, BungadanBintang, Haris Rashid , AzyanDraws.

Although Rizal is glad that the Malaysian art scene is gradually getting bigger with more people appreciating art now, he feels that the public can still help artists to boost their profiles is by sharing, retweeting or recommending on art accounts on social media like TwtSeni, rojakMalaysia and  kolektifMalaysia. 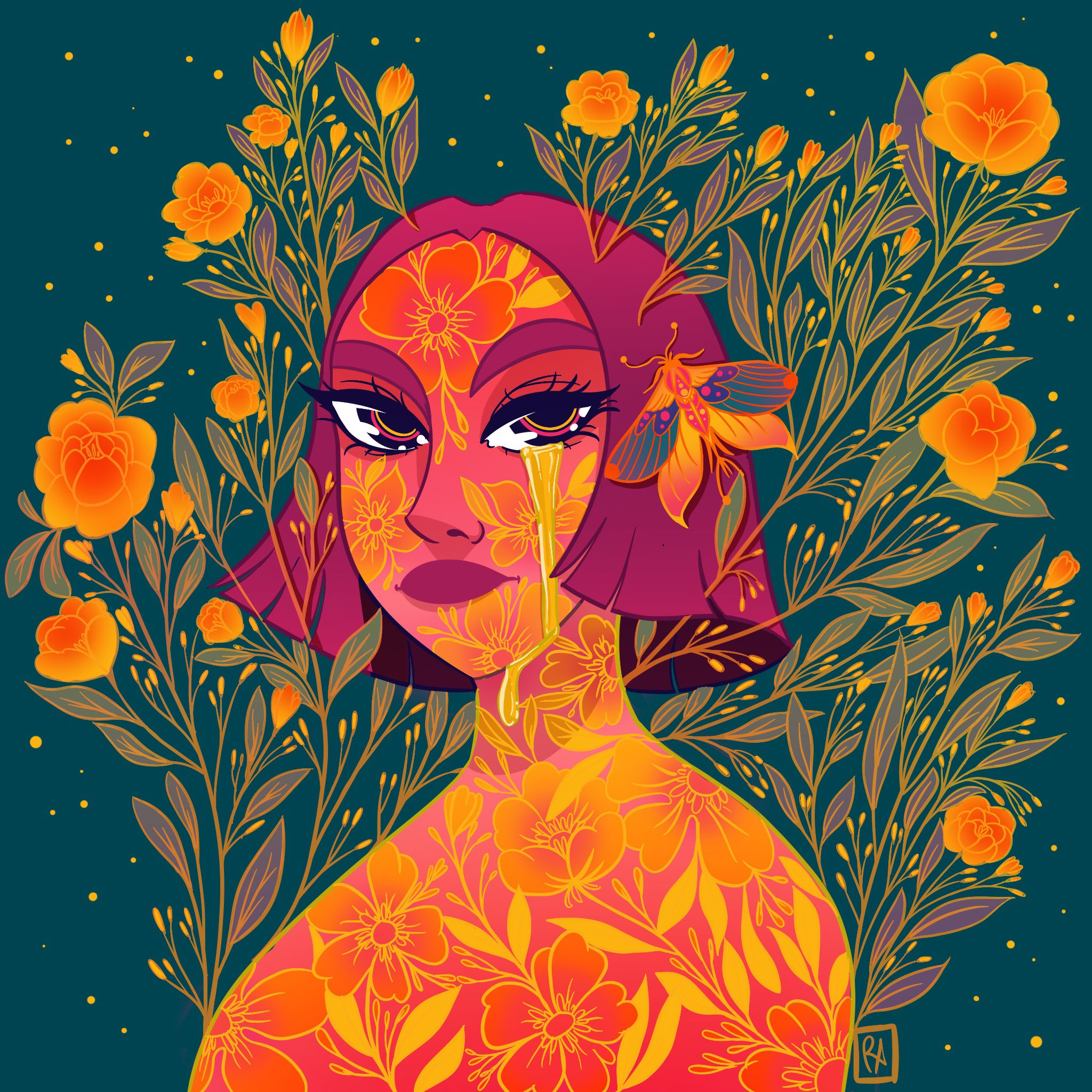 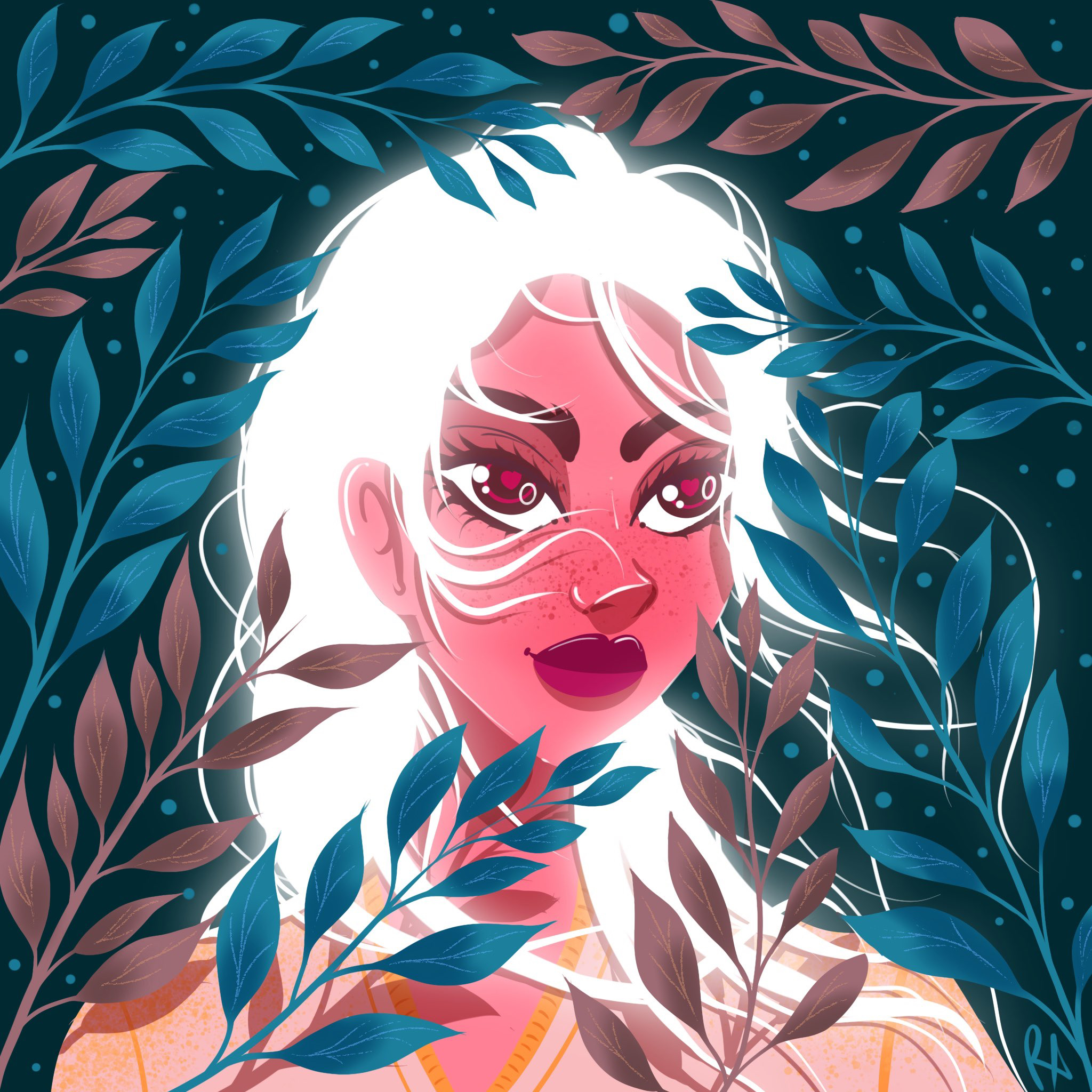 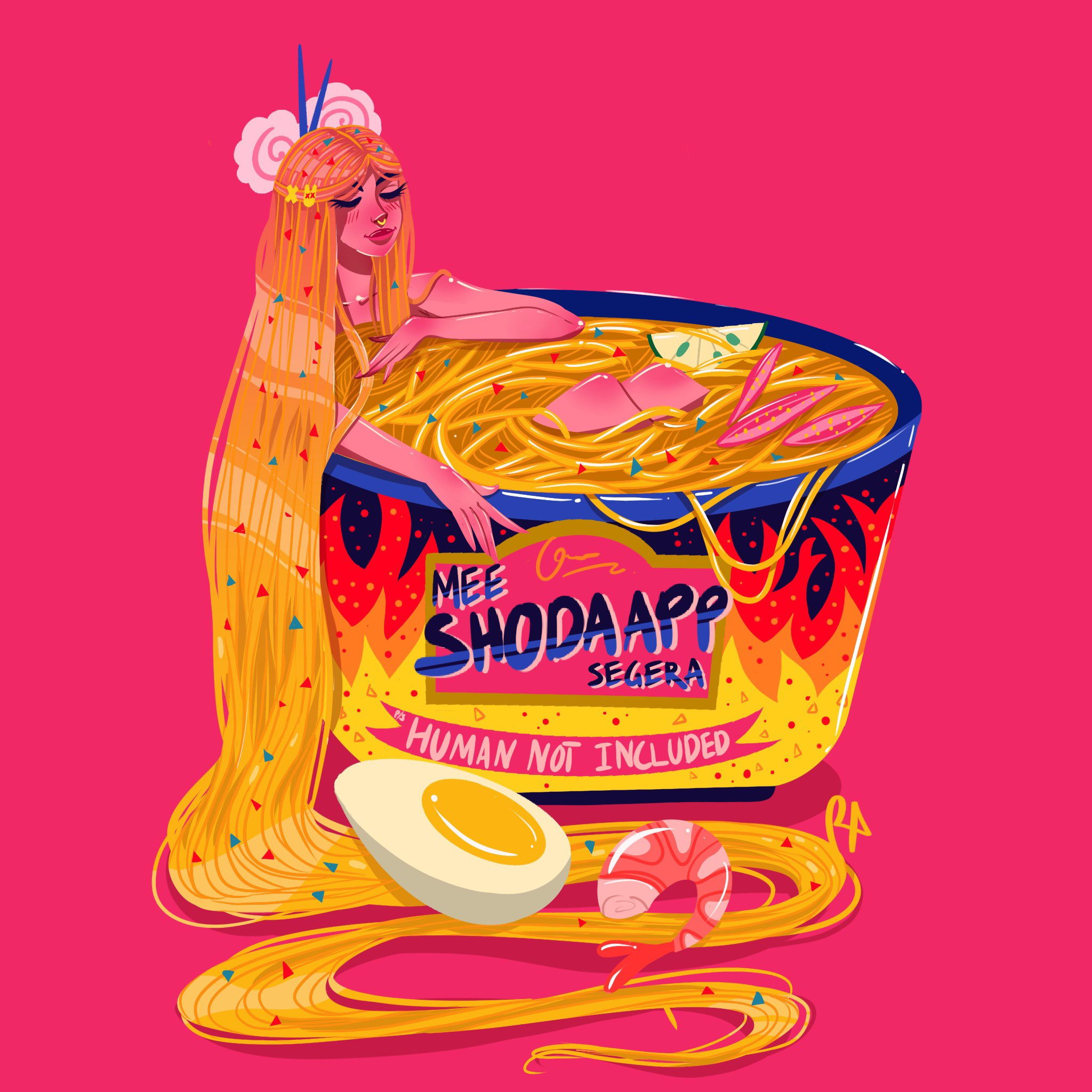 As wholesome as this list is, there are many more local artists out there who deserve to be recognised. We hope that more art exhibitions will be held in the future for young artists to feature their raw talent.

Filed in:
Previous Article Next Article